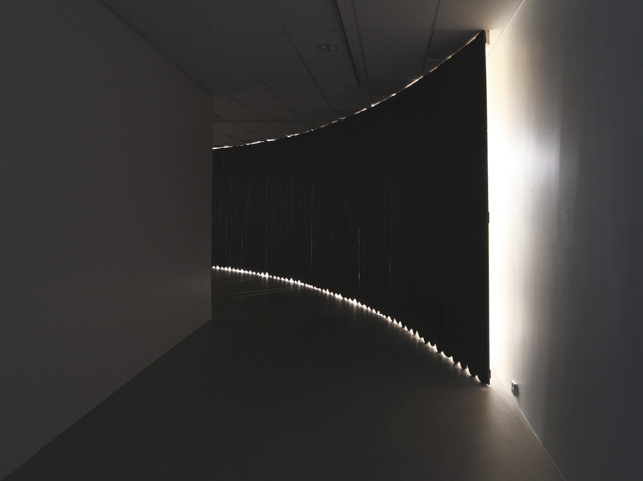 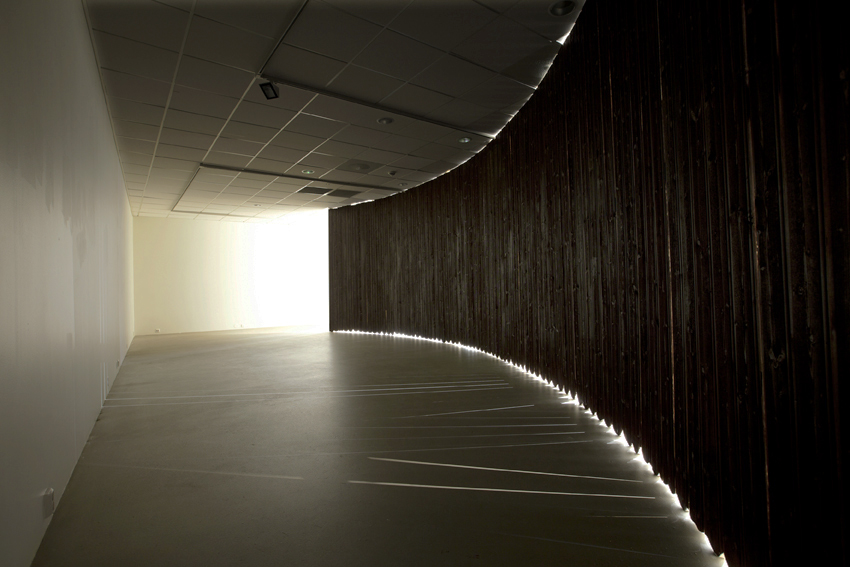 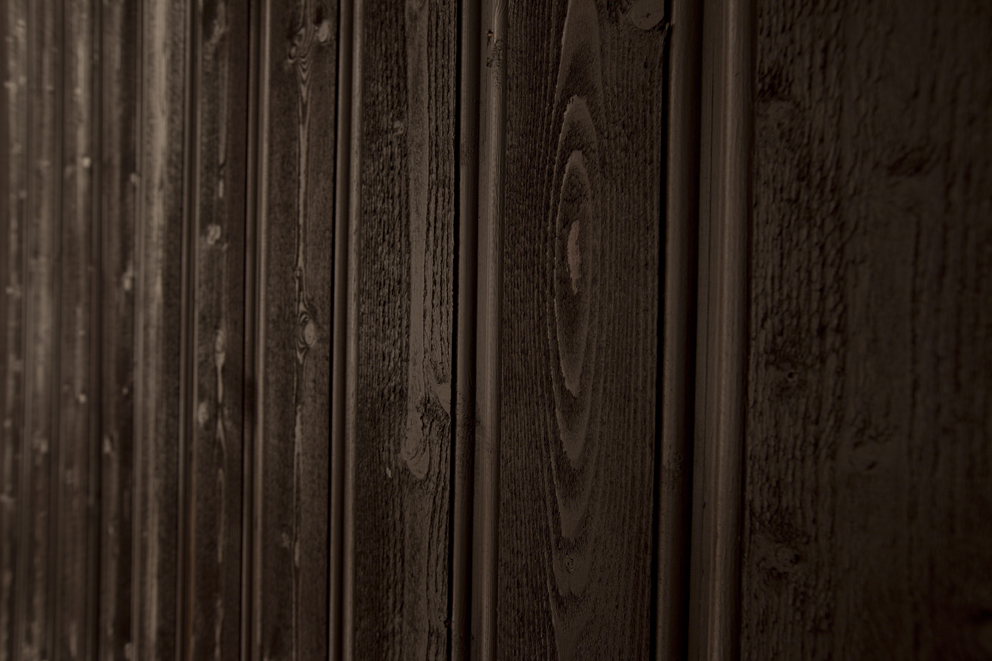 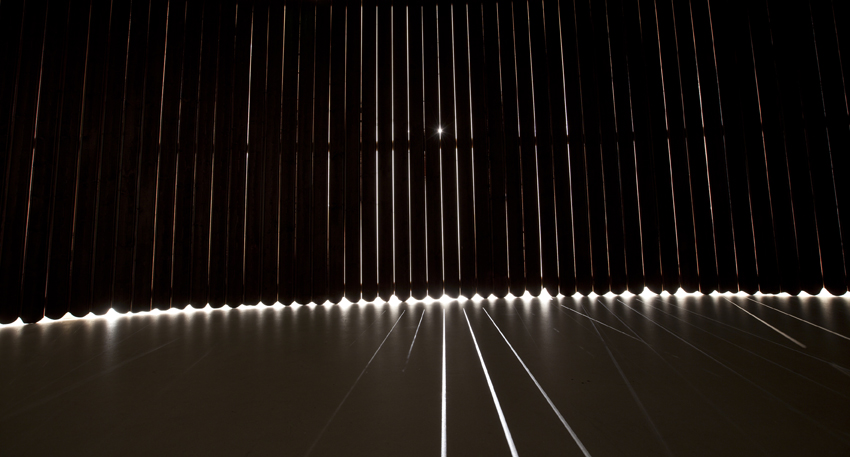 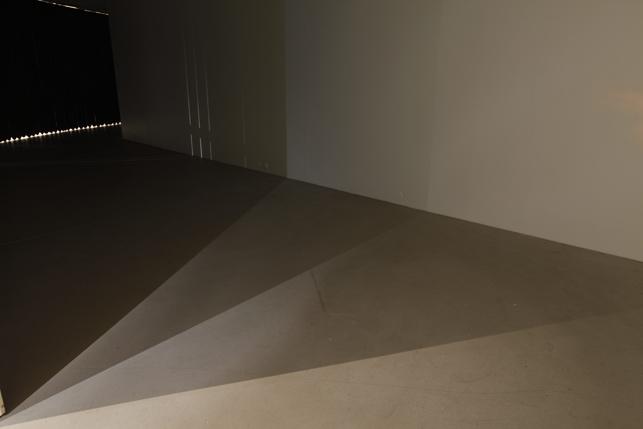 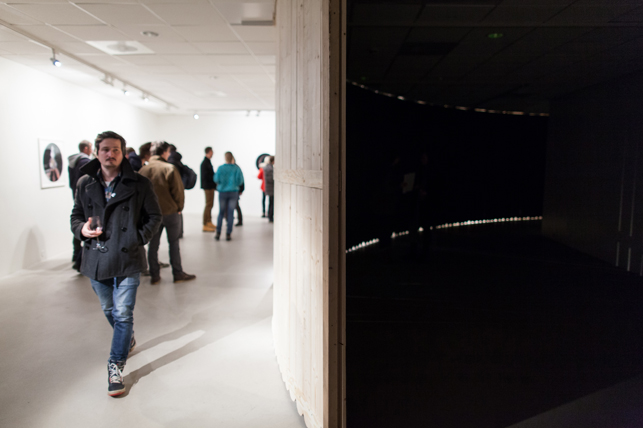 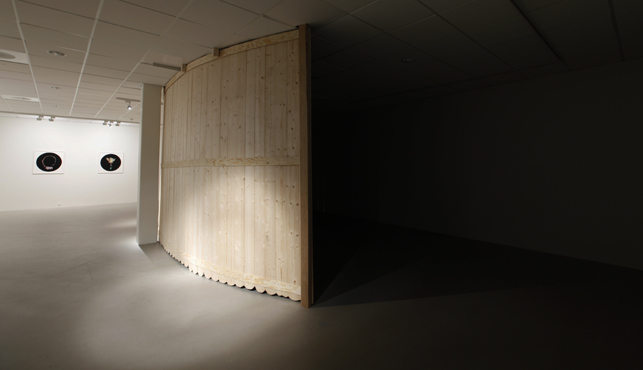 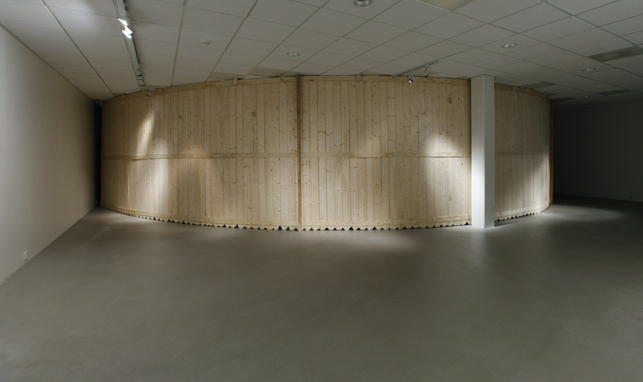 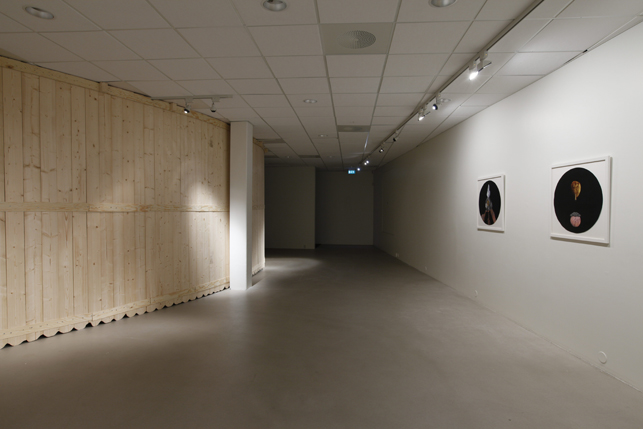 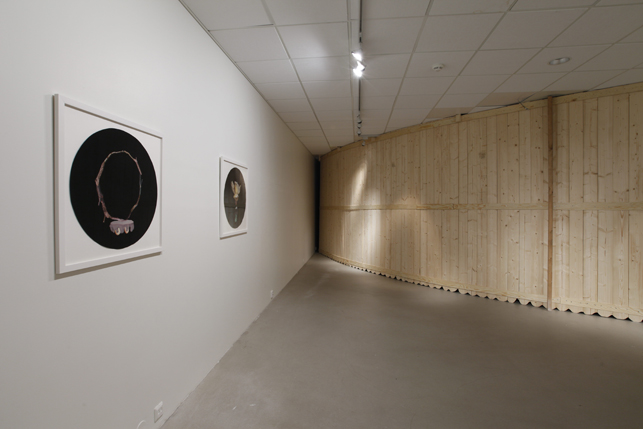 Verging is a 14 meter long architectonic intervention, built in situ at NNKS as a ceiling mounted structure made from baroque panelling and veneer
.
A wood structure comes towards you in a darkened space. It curves through the gallery changing both the spatiality, and its own appearance, as you walk as part of the installation.
As you move along the wooden structure, beams of light hits the viewer, as flickers, from a moving image.

The installation creates a hybrid and makes suggestions of a drape or a stage curtain, a fence, a wall, a set, a barn or a naust (boathouse). The wood is painted maroon red on one side, but appears almost black in the dark space, allowing the red tone to seep trough where the wood boards meet, and the light from the back space flows through.
This installation alludes the baroque and theatrical qualities of the landscapes surrounding Lofoten and Nordland, with their dark winters and brightly lit summers.

Verging was planned as part of the two artist show: grenseløs, umåtelig, overdreven alongside
Maja Nilsen showing a series of framed collages: What has been will be again

traditions, ethnicity and socio-economic conditions and also What is sildenafil? patient with ED may be stratified as:.